How to use Command Block for Minecraft

Here is “How to use Command Block for Minecraft” tutorial (that is very popular now and can replace many mod). How to use Command Block for Minecraft (Full version):

You can open the cheat mode before creating a new world by going to “More World Options …”. Then installing for “Allow Cheats: ON”, or opening the world that you’re playing by showing Menu, selecting “Open to LAN “, customizing ” Allow Cheats: ON “and then pressing Start LAN World. Command Block cannot craft and it cannot be removed from Creative Inventory. You can only get Command Block by using the following command. Remember that all words are lowercase, not uppercase and this command is only effective when Cheat is enabled

/give [player name] command_block [The number of Block you need] Step 3: Place the command block to the ground, set button on one of four sides around.

Most orders of Command Block have built different blocks to start the chain of command right upon the command block we use. Therefore, the best idea for you is to put Button in one of the 4 sides around the ground to avoid affecting the loading process of the chain of command. Step 4: Paste the command in Command Block and then press the button to start Command. 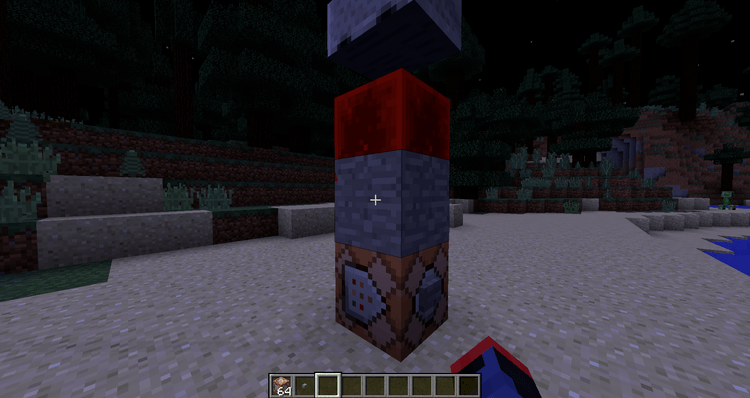 Ok, that’s all, wish you happy gaming. This command block tutorial is regularly updated so you can refer back here when Minecraft has been updated.

You can see more awesome Command block made in Viet Nam here:

How to use Command Block for Minecraft is a block in the Minecraft game. It is capable of running a command chain of command sequences in the data library by many different ways. The most commonly usage is by redstone. Command Blocks always have all powers to allow a certain object cannot use a command of certain pre-installation in the game (For example: It allows that object receives a fixed item without the need for all people to use the command “/give” to get whatever they want). You cannot either get Command Block in Creative Mode or manufacture in Survival Mode, you can only get Command Block by using command “/give” after you have turned on Cheat Mode. Used particularly in building several large-scale Adventure Maps and creating new functions to change the gaming experience like mod or the use of the Multiplayer server, the day Command Blocks has appeared in Minecraft will mark a new page of Minecraft history.