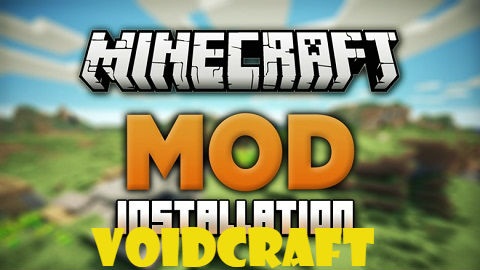 VoidCraft Mod is our interpretation of what lurks deep within the one of Minecraft’s oldest. However, these are mostly untouched environments: The infinitely expansive Void.

You’ll want to get yourself the Void Vade Mecum. This book contains all the information you’ll need to know about the mod.

To fill the Flasks you’ll need to head down to Y level 5 or below. Once you’re at or below this Y level, simply Right Click with an Empty Flask in hand. This will collect the nearby void into the special flasks.

Proceed to throw the flask in the world via Right Click to create Void Fire, from here you must toss a vanilla book into the fire. The Void Vade Mecum will now be in your possession.